Welcome to "The Dog"
Come on in and check out 'The Dog'. A friendly place with some seriously great food and drinks. Located in Milford Michigan just North of town on Main Street. At The Red Dog we believe in nothing but the best - the best food, the best drinks, the best servers and of course the best customers.

History of the Red Dog Saloon 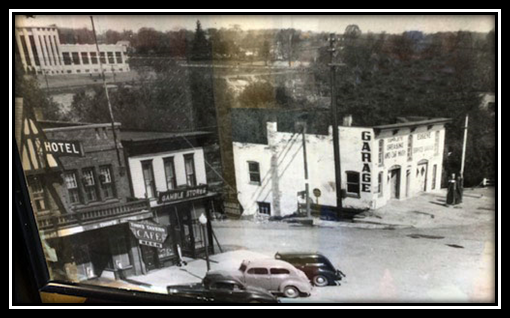 Opened as a sandwich shop at 449 N. Main Street in the Fitzgerald Hotel during Prohibition, the Red Dog Saloon was first licensed in 1933 after Prohibition was abolished. The Timm family first licensed the bar back in 1933 as Timm’s Tavern. (Hence, you’ll still hear some Milford originals affectionately refer to us as "Timm's" or "Timm's Red Doggie".)  Before the 21st Amendment was ratified in 1933, which abolished Prohibition nationally, the State of Michigan passed a law in 1932 allowing beer to be served. After a special Village Council meeting held just for this purpose, Timm’s Tavern was allowed to serve beer before the official end of Prohibition. This made the Red Dog one of the first in Michigan, and the country, to be able to serve beer. 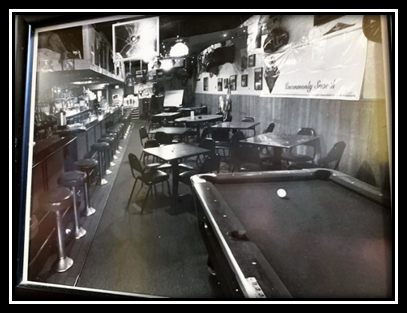 There have been several owners since then, but the Red Dog has always tried to stay true to its roots. The Timm family moved on, but again, the "Timm" moniker in front of the name has always remained with the locals. The Timm family sold to the Gohl family in the mid 1950’s, and then to Steve Kresse in 1972. That is when the Red Dog name came to be. Some say the name came from Richard “Red Dog” Gohl, the son of the previous owners who was a large man with bright red hair that had always been nicknamed "Red Dog". Others say Steve Kresse brought the name himself, from his days playing poker out in California. Either way, from that point forward, the bar was known as "Timm's Red Dog Saloon"

The dog mascot came to be in 1972, when the Kresse's wife found it at a swap meet and knew it had to come home to the Red Dog. It definitely found its home here, as Detroit's Hour Magazine voted us one of the favorite mascots in Metro-Detroit. The mascot still remains perched above the Red Dog Saloon and is known to welcome anyone coming from the North to Milford’s downtown district. 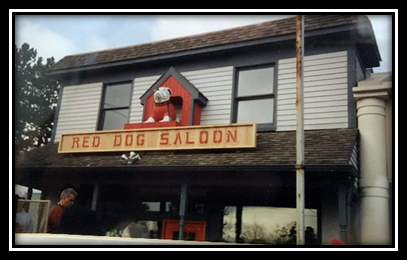 On December 17, 1994, the Red Dog moved a short way down the road to its current location at 250 W. Summit Street. This allowed for more room, more parking, and a larger band stage. The Red Dog Saloon still has live music every Friday and Saturday and has showcased some large national acts over the years including Leon Russell, Martha Reeves & the Vandellas, Benny Reeves, and Tone-Loc! Since its beginning, the Red Dog has always showcased some of the best local talent in music, from Blu’s to Rock-n-roll. 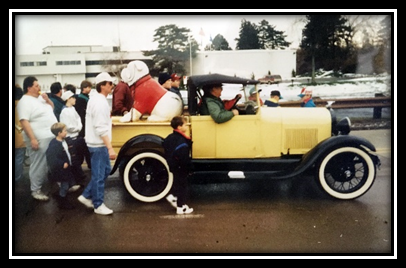 Along with more room in the new location, the Red Dog was able to add an outdoor patio, and indoor/outdoor room for those nice spring-fall nights, and a much larger kitchen. The kitchen is so much more than bar food. Showcasing our world-famous burgers supplied fresh daily from the Village Butcher in Milford, the Red Dog kitchen supplies that comfort food that the town has grown to love. And with the long history we have here in Milford, the Red Dog is a custom passed from generation to generation. Most everyone from Milford has had their first "legal" drink inside these doors, usually accompanied by their father and grandfather who had their first drinks here as well 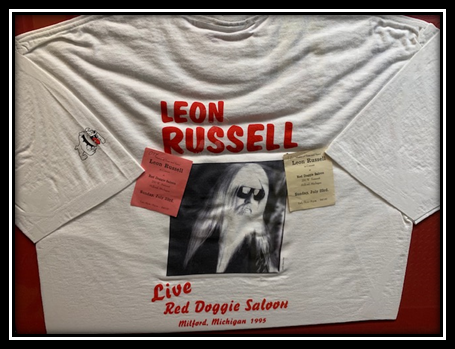 With all this history, we owe most of it to our amazing staff and our even more amazing patrons. We couldn't do any of this without all of you and appreciate your patronage over this long journey. We always strive to provide the best service around. So stop in, check us out, and make some memories to last a lifetime! 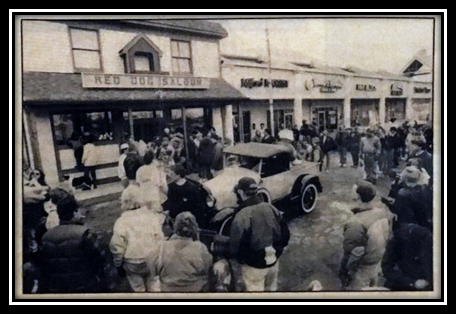